For 20 years, Taylor Computer Science and Engineering has participated in Satellite development with companies like NASA and Nearspace Launch. 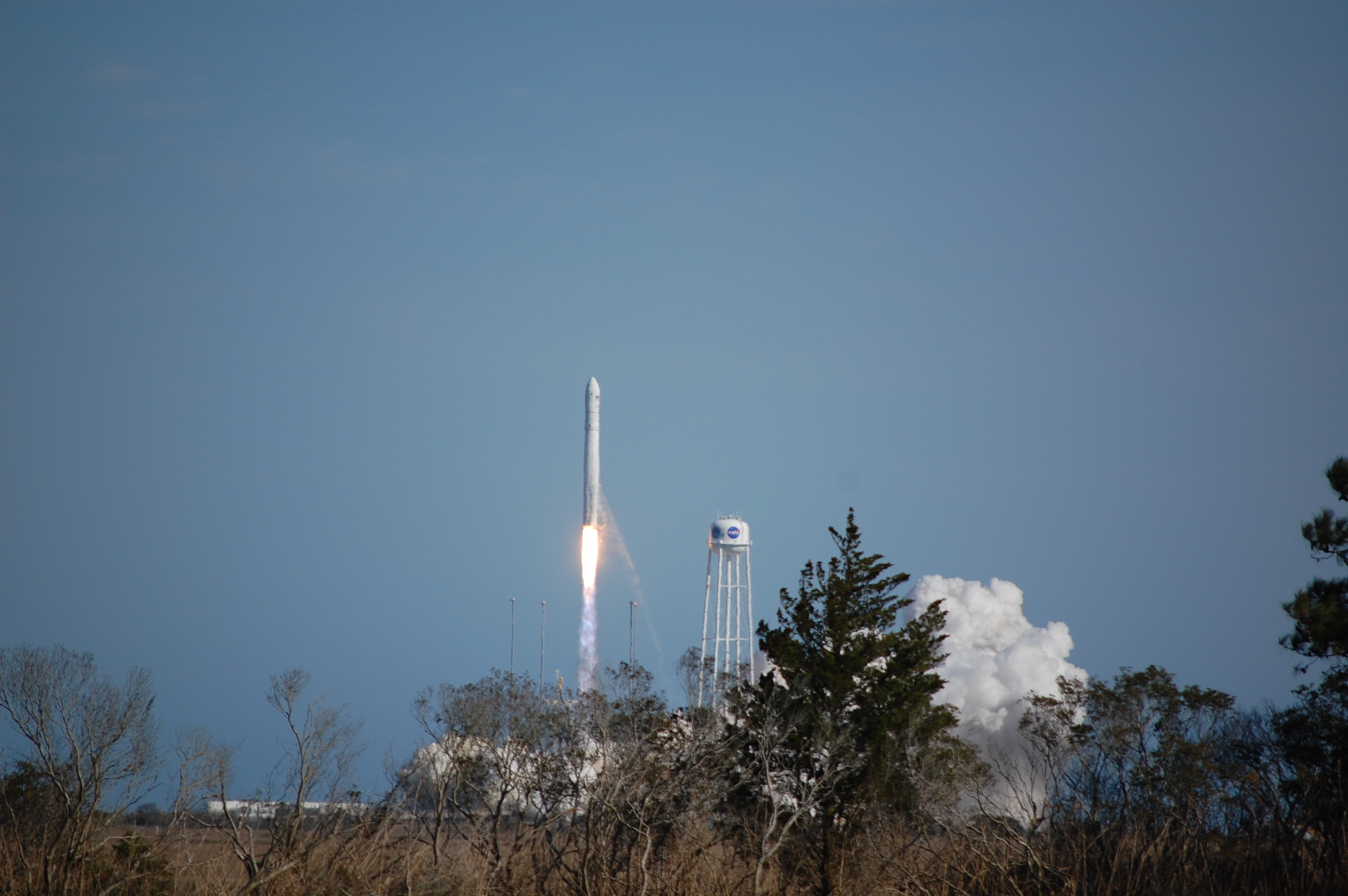 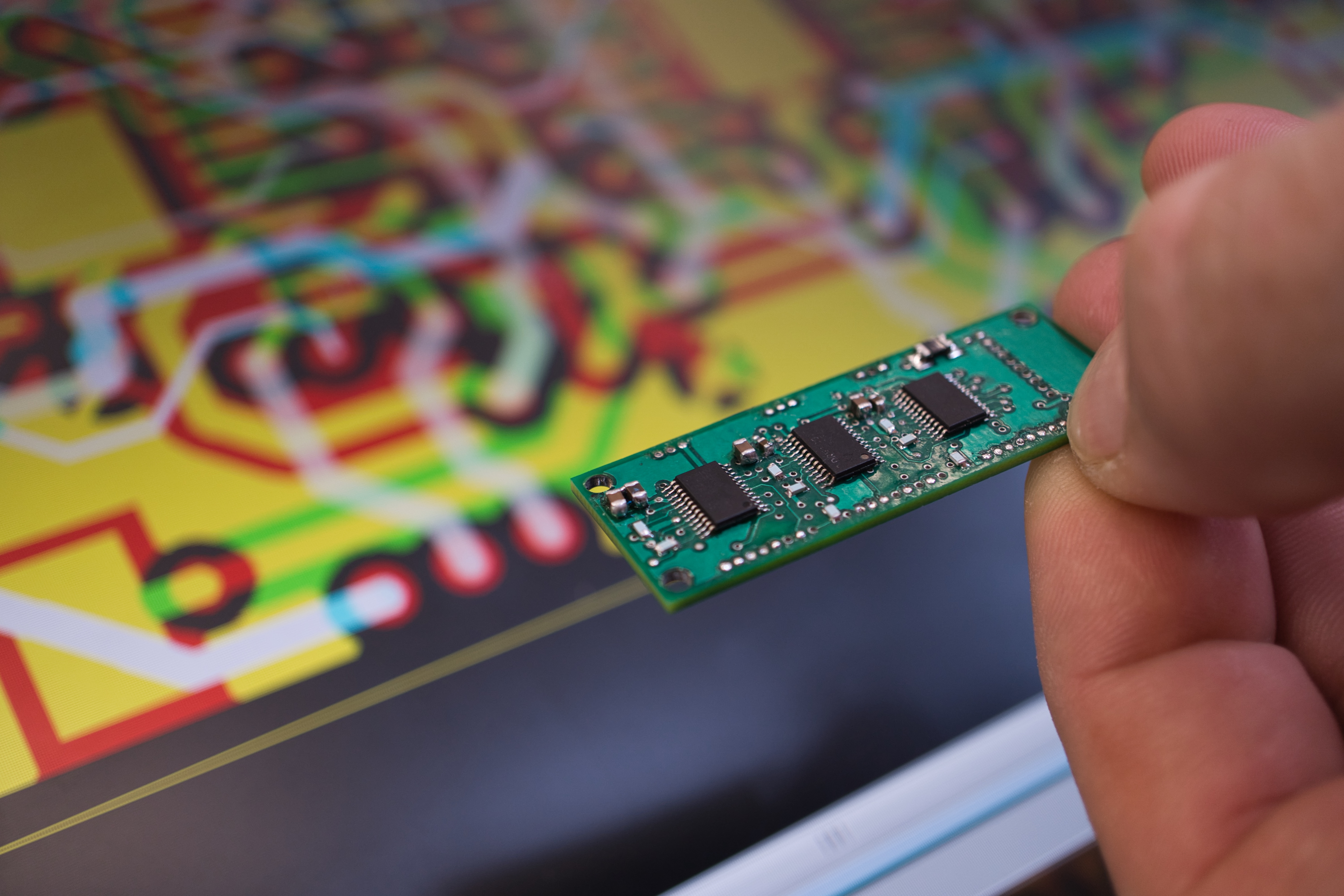 What began in 2001 as an idea to give remotely-located missionaries around the world access to email and information through satellite technology has become a chance for Taylor's Computer Science and Engineering Department to contribute to science and technological advancements as undergraduate students. In early 2021, a group of eight students, mostly in their first and second years, will be launching the university's sixth satellite from a Northrop Grumman Antares rocket on its way to the International Space Station. This satellite will be the first to use the low-power Parallax CPU in space and will provide environmental data from the Low Earth Orbit region, which is an important area of space with limited data related to space weather. 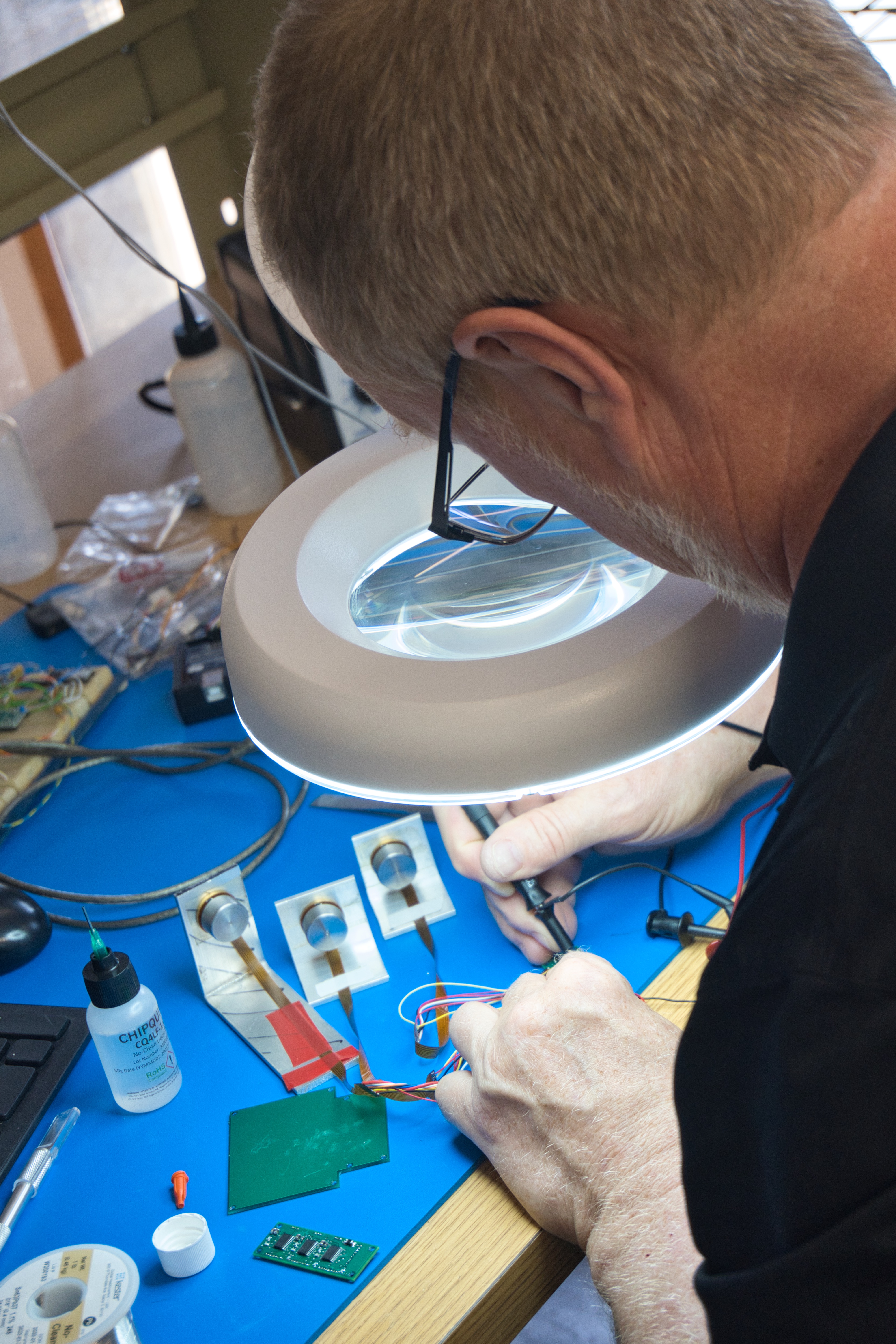 Matt Orvis ('13), the NearSpace Launch engineer who supports the ThinSat project, says that he enjoys working with Taylor students because “they don't stop at 95%. They deliver flight hardware [and software] from start to finish.” During his time as an engineering student, he worked on a similar satellite project, which he cited as the single biggest impact on his ability to contribute to the workforce. As an alumnus and partner of Taylor University, he's experienced firsthand the many ways in which Taylor CSE students take initiative and solve problems.

In addition to contributing to advances in science and technology, the satellite is a way for students to apply what they're learning in classes to a real project. For Jeff Jewett ('23), the lead software engineer on the project, it was a chance to better understand the concepts of systems-level programming he was learning in 'Introduction to Computer Systems', and his work paved the way for his summer job with NearSpace Launch. Another freshman, Livia Rose, had very little computer science experience prior to coming to Taylor, but said that “the CSE department has already prepared me to solve problems and face so many challenges, that even in a pandemic I felt confident managing the satellite project.” 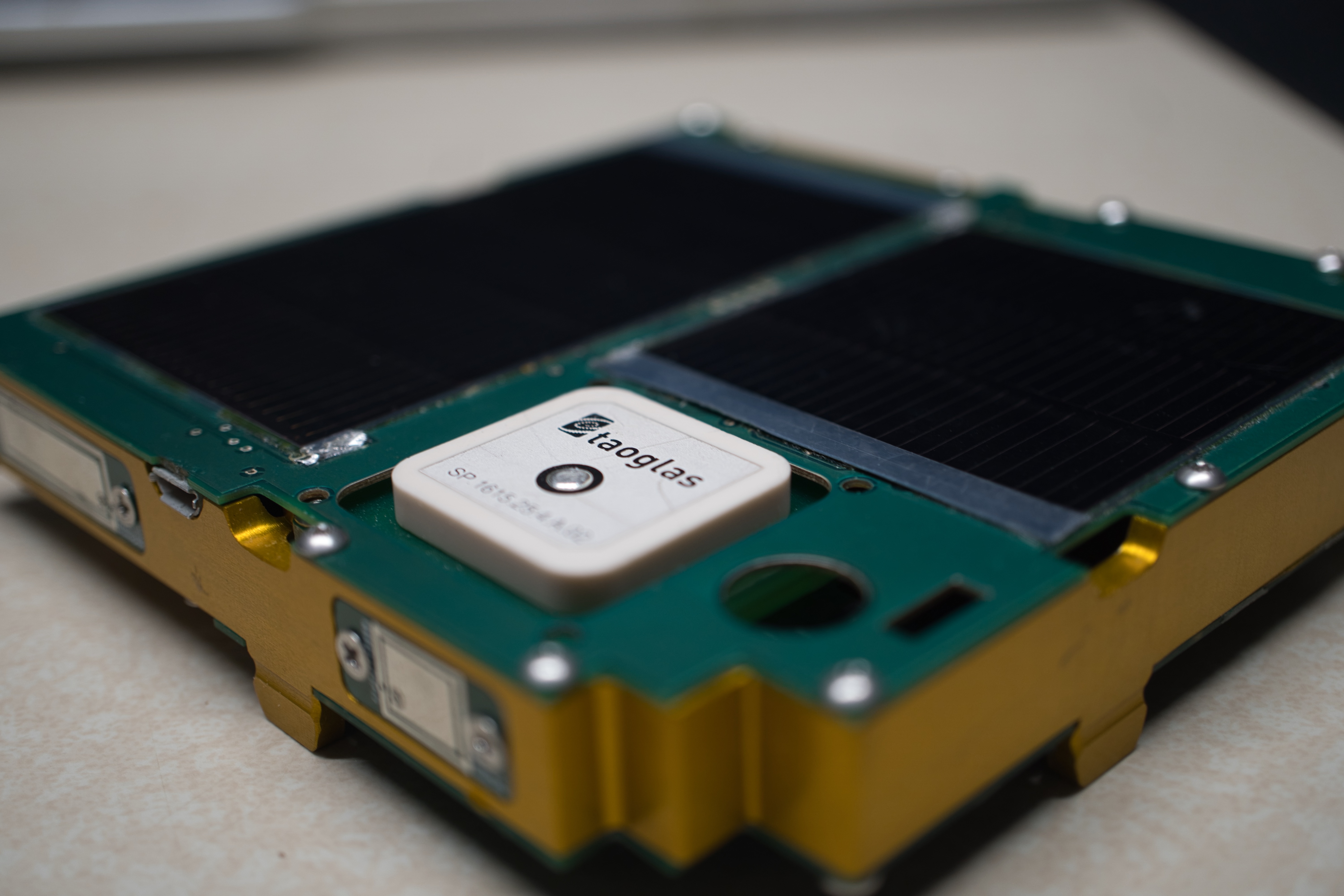 The current satellite project--a collaboration between the Computer Science and Engineering and Physics and Engineering departments--gives students a unique opportunity to apply their skills in the context of an interdisciplinary team. Rose White ('22), who is doing an internship at RT-Logic, a company specializing in satellite communications, said, “The satellite project is proof that the CSE department is preparing us for hands-on real-world experience and internships.” Working in a group of students with different majors and levels of experience on a highly technical project provides our students with a unique opportunity to develop the collaboration and problem-solving skills needed to contribute to the workforce

The ThinSat satellite will spend about one week in the ionosphere as a part of a 30-satellite constellation built by NearSpace Launch and sponsored by Virginia Space.

Check Out the Satellite Team 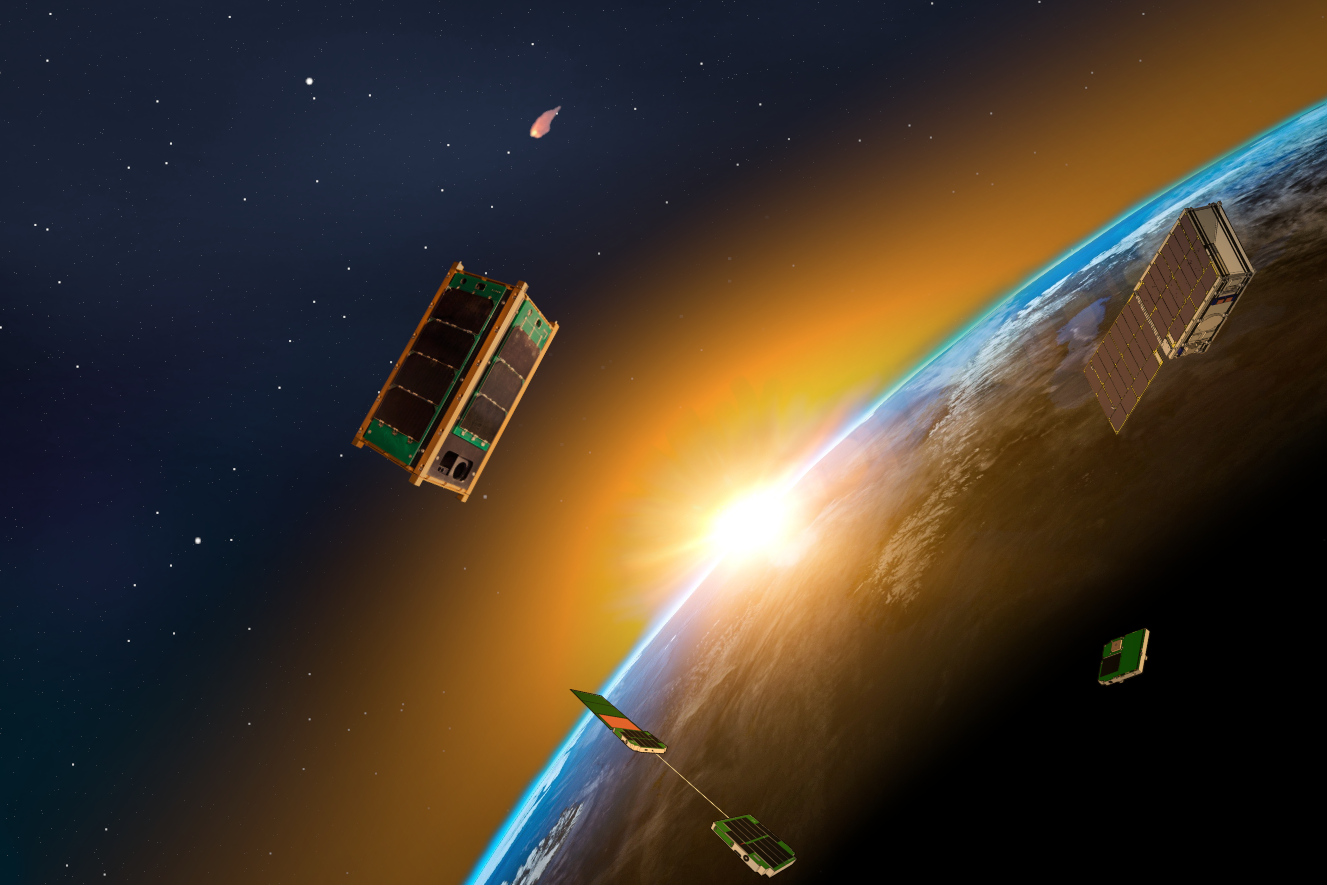 On April 17 at 4:46 p.m., computer science students, engineering students, and faculty watched as nearly two years their of hard work was launched into space.

“I was ecstatic when I heard our satellite was successfully retrieving data,” senior Jason Argo, the satellite program manager during the 2017-2018 school year, said. “This will go down as the coolest project I worked on in college.” 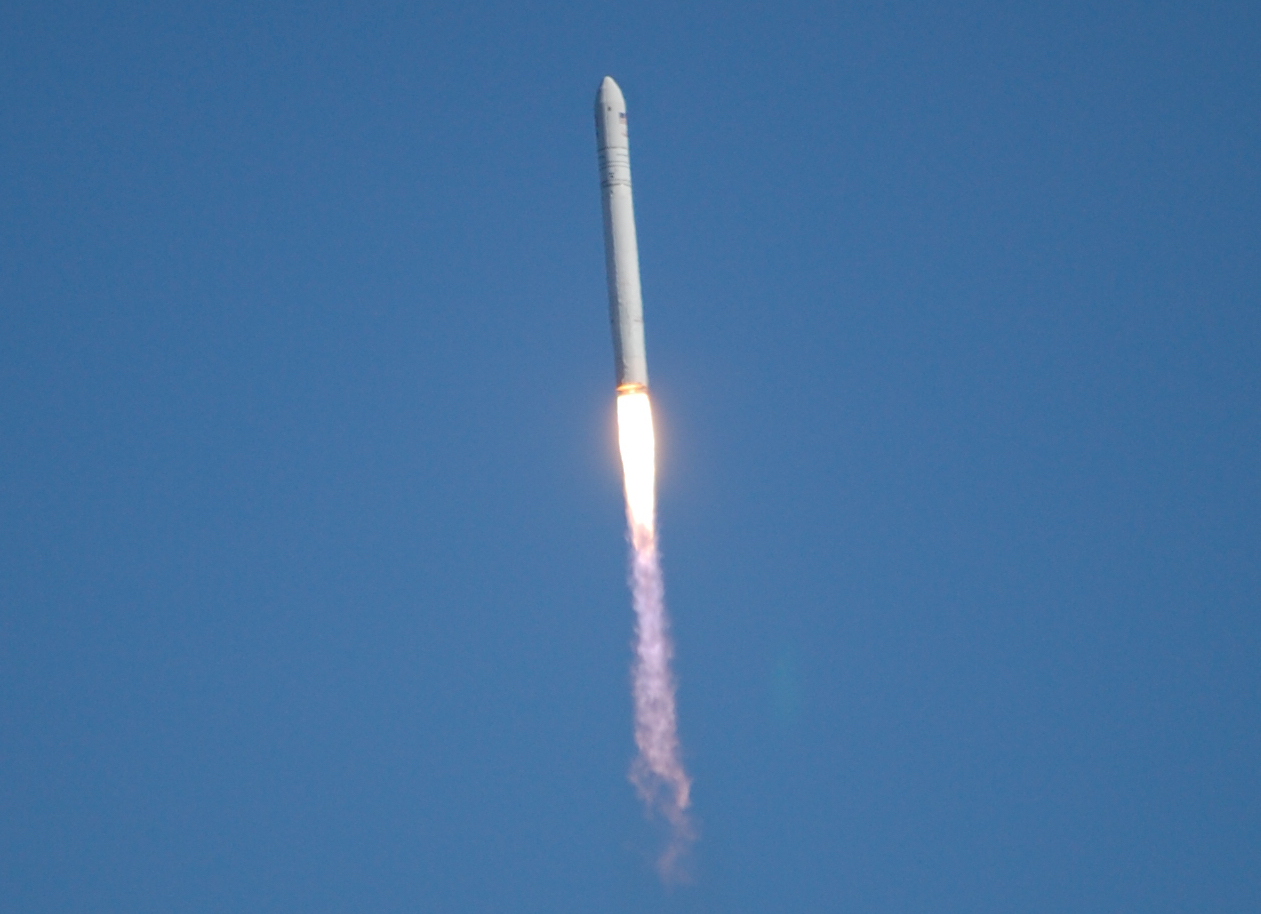 This began as a senior project a few years ago. More recently, Taylor students partnered with a consortium of space and technology companies to build a nanosatellite -- or a small satellite that can transmit data from low space orbit.

These nanosatellites, called ThinSats, were able to be launched into space to collect data for them.

One company that they worked closely with is NearSpace Launch Inc., an Upland-based company founded by Jeff Dailey, a former research engineer at Taylor, and Hank Voss, a former professor of engineering and physics at Taylor.

Students also worked with The Virginia Commercial Space Flight Authority in Wallops Island, Virginia, where the rocket was launched.

Another company, Northrop Grumman, provided the rocket in which the ThinSats were launched. Taylor, as well as other colleges and universities around the country, took advantage of the opportunity provided by these companies that work for students to send things into space more easily

However, the team at Taylor did things a little differently.

Where many schools were given parts of the satellite to build --sort of like a Lego set-- Taylor students successfully designed and built their own payload board on the satellite. In doing this, they were able to make their ThinSat do whatever they wanted it to do.

One thing they added to their satellite is luminescent LED lights that will blink “Taylor-PhyxtGears” in Morse code. 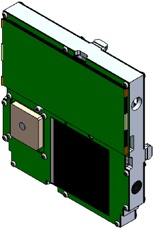 The successful completion of building their own ThinSat and the launch last week is an exciting event for the engineering community at Taylor.

Taylor is making nanosatellite history as this is the first time the ThinSat design has flown in space and the Taylor satellites have the only student payload boards that were designed from scratch.

“It's an exciting project,” Bill Bauson, assistant professor of systems and one faculty member heavily involved in this project, said. “This is the cutting edge of this technology . . . this would actually be the only time that students have tried anything like this and actually got it into space.”

Additionally, this project provided a unique learning experience for the students involved.

They had the chance to not only design and build the satellite, write code for the program, get exposure to the system design process and go through design reviews with NASA, but many also witnessed their hard work being launched into space.

For Argo, this project helped him discover the career path he wants to take. He said it also helped him grow professionally.

“Under the direction of professor Bauson and other CS/Engineers (faculty), our Taylor team was able to successfully build and launch a satellite with a team of primarily undergraduate students,” Argo said. “This speaks to the quality of Taylor's faculty, students, and opportunities available under the Computer Science and Engineering programs.”